There is so much chatter lately on really important issues. Is it me or does it seem like major events are happening back to back. In times of calamity it is normal for us to look to our leaders to make sense out of these life changing issues. In times of riots…highly publicised and increased racism…to the terrorist act committed on a black senator and pastor being assassinated in prayer meeting at church along with 8 other black people…to black churches being burned down…bomb threats…to the ruling of the Supreme Court on marriage…police brutality,etc. 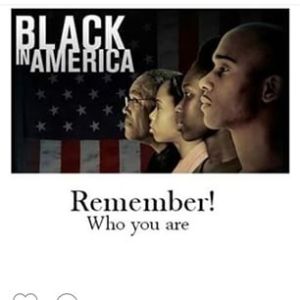 It is important to seek leadership from our pastors, preachers, and community leaders, but it is the word of God that should be the ultimate authority in your life. Our leaders should confirm the word that the Most High has given you as leaders of your home in truth and in spirit.

When we are faced with tragedy, conflict, and confusion it is the truth of Christ that through knowledge leads to peace. We are being attacked on every side as a society bombarded with new ideas that are solidified into law by our government to redefine our standard or moral code.

This is a time when an adhesive movement in truth is needed under the leadership of the holy spirit.

We as “Called Out Ones” or the body of Christ has to first identify the problem so we can properly address the issue in prayer. It is vital to the survival of the “Church” that we don’t ignore the evil that is ensnaring us.If we don’t agree on what the problem is we will be helpless in unifying and taking purposeful action in reaching a solution. 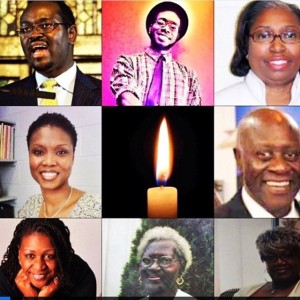 The church seems to be impotent in addressing the issues of racism in any impactful way since the assassination of Dr.King. The church as a whole has failed to connect the scripture to the plight we face by way of white supremacy, systematic racism and distorted doctrine. Since the church has failed in pointing out the problem based in scripture the church cannot offer a solution through the word of God with faith, love, and hope.

The foundation of American government is based on enlightenment philosophies of 17th and 18th century Europe with major impact from Greek and Roman ideals of governing (senate, republic,citizens,etc). This new world is influenced by the Protestant reformation that was very much intertwined with the free thinking philosophies of the enlightenment era in contrast and in rejection to the Catholic Church. Americas founding fathers and the framers of our constitution were “deists” not Christians or puritans but rather they were “rationalist”.even atheist. Thomas Paine where we get the term “United States of America” was a devoted and outspoken atheist. Benjamin Franklin was a high ranking mason who worshiped in three different lodges (America,Britain,and France) Thomas Jefferson revised the bible taking out ALL the miracles and anything that can’t be explained by reason. The capitalist system of this country is based upon the Negro being property…the negro was the “Capital” that benefited the slave owner. 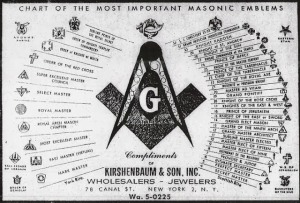 The masonic architect and high degrees of enlightenment laid the cornerstone of this system as depicted by George Washington a Master Mason! If we research and study the LIGHT of freemasonry we find that this illumination is of Lucifer.

Our protestant church which once protested the Catholic Church has been infiltrated and infected with the paganism of the very system it fought against.

The Negro was indoctrinated with a distorted doctrine intertwined with the art of the renaissance era only to control and create a subservient and self hatred mentality. The enslaved peoples brought over to America to become its base of economy build its infrastructure was forbidden to learn of scripture or educate themselves. The Negro was stripped of their heritage for good reason. 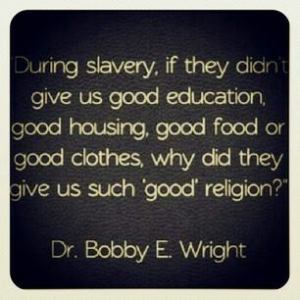 The church has to expose the truth regarding the foundation of this country…this country is not based on the bible but rather it is based on masonic principals. The founding fathers were not christians but deist or atheist. The Black people are intended to be the permanente bottom class and ignorant to the truth of our heritage. The Church resembles the paganism of Rome more than the ‘Called Out Ones” that Christ sent the holy spirit to establish.

Racism is a power system imbedded into the psyche of every American reinforced by media,economy,and the

The church must come out of paganism and unify in its efforts to eradicate racism which is the persecution of God’s chosen people just as the Greek Roman Government persecuted the early church or ‘Called Out Ones”.America is only behaving as it was intended…this government was never based on biblical truths,but reason and the enlightenment philosophes.

Constantine merged biblical truths with the paganism of Rome and called it Christianity – THIS is what America is – Now it is really revealing its true purpose…the TRUE church must now reveal itself! 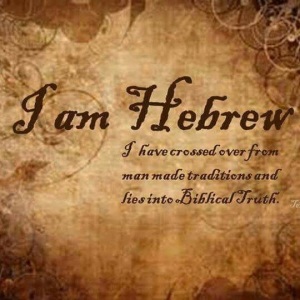