is greek for cross. 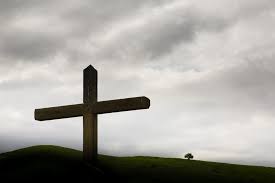 The Romans put two lines through each other to symbolize the equinox for sun worship.

December 25th in paganism is the “sun’s birthday” Saturnalia the Roman festival of gift giving.

“All Judges, city people, craftsmen shall rest on the venerable day of the sun (Sunday)” – this was the decree of Constantine changing the Sabbath to SUNday.

Once a person decides they are going to seek truth they are now standing against family, society, church traditions and the popular thought that is based in or influenced by the
“wicked powers” of this world.

I will constantly seek to grow and mature into the righteousness of AHAYAH by being renewed by Yeshua not conforming into the culture of this world.

Albert Pike the Satanic High Mason wrote “Morals and Dogma” in 1871 (He has a statue in Washington D.C and a picture in the White House, and he is the architect of the masonic Klu Klux Klan) wrote “Yahweh is Lucifer”. Scribes have hidden the true name of the Most High and then given the jewish scribes the tentagrammaton in place of AHAYAH.

Most will not research the truth or study the scriptures as it is written allowing the Ruach ((Roo – ach) Spirit of Ahayah) to guide them, because they rather be told by preachers what is right, and follow tradition. They want to be told what to THINK.

We were not taught to think!

If you discovered that Christ was crucified on a steak would you still consider the cross sacred or would you do your homework to discover the cross represented the Sun god and the crusades were operations instigated to spread a belief system that had NOTHING to do with our Savior. They killed all who wouldn’t convert into christianity and all other kind of tyranny in the name of Christ.

Renew your mind and be not conformed!