I would like to give you the definition of “indigenous culture” according to United Nations organizations for indigenous people Human Rights:

those which having a historical continuity with pre-invasion and pre-colonial societies that developed on their territories, consider themselves distinct from other sectors of societies now prevailing in those territories, or parts of them. They form at present non-dominant sectors of society and are determined to preserve, develop, and transmit to future generations their ancestral territories, and their ethnic identity, as the basis of their continued existence as peoples, in accordance with their own cultural patterns, social institutions and legal systems.

What is the “indigenous culture” of those who descend from slaves stolen from West Africa? 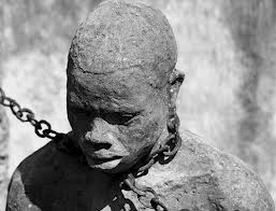 Many tribes were consumed in the bowels of ships leaving Africa for the Americas, and some of the largest tribes are the Eboes(Igbo), Ashanti, Yoruba, and the EVERI which was the name of the ancient Peoples of West Africa.

What culture or way of life did the EVERI (ancient people of West Africa) engage? 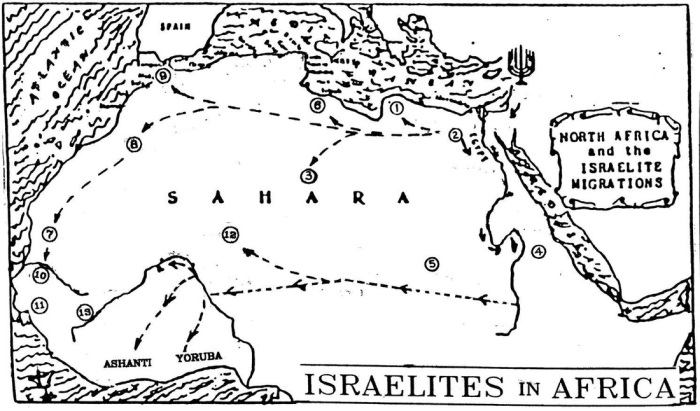 While there are many influences over the centuries and intermingling of tribes throughout the ages we can use historical documentation from explorers, cosmographers, historians, and missionaries as observations from the outside looking in as well as the oral traditions passed down by the tribes of West Africa itself. 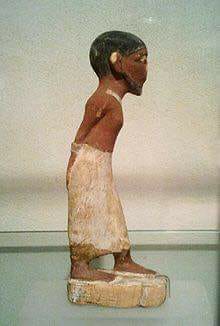 “Êυê is pronounced “Erh-verh” or “Eyverh.” The plural form is, “Êυêo,” that is, Êυê with an ‘O’ at the end. It is pronounced “Erh-verh-O” or “Eyverh-O.” The reason for writing the name with these strange characters is because the name has a sound that is not in English. This being the case, there are no letters in English to spell out the sound in the name. The following is my effort to help you get the right pronunciation.
The “Ê” transliterates as, “Erh” or “Ey.” The “υ” transliterates as “vav” or “vher” in English. When you put it altogether it sounds like Erh-verh or Eyverh. This is a difficult name to write in English and get the right pronunciation. Even in West Africa, the neighbours of the Êυê people struggle with the name and end up calling the people “EWE,” instead of “Êυê.” Because there are no characters in the alphabet to write the name in English, the Êυê people in Ghana came up with this novel way to denote their identity. When our people in Ghana and Togo see Êυê they automatically put in the necessary vowels to come up with the proper pronunciation of the name.
Elsewhere in the world, such as, in the Scandinavian and Germanic languages in Europe they have this sound in the language. In these countries when this sound occurs in their language, the letter ‘W,’ in English, is used for the “vher” sound. This means a name like William in English is υilhem in German and a Scandinavian name like υilly becomes Willy in English. During the colonial era, the British introduced the European way of representing the ‘vher’ sound with “W” to West Africa. “

The Erverh people did not originate from West Africa. They came from the Middle East where they used to be mighty people with a world-renowned name. However, over time and through the ages the people of the world replaced this famous name with something else. This accident in history inadvertently hid the glorious identity of these black people.

Not anymore is the glorious name going to stay hidden, because I am hereby lifting the veil so that you know whom we really are. With our identity thus revealed, we can rise and soar again to great heights as our ancestors.

As I mentioned earlier, we are the Erverh people. The secret you don’t know is, Erverh means Hebrew. Therefore, to rephrase, the last statement can read: “we are the Hebrew people.” The name Erverh, is the original name, which translates as Hebrew in English. Thus, without beating about the bush, our ancestors, and us, are the ancient Israelites. The ancient Israelites were not called Jews. They were Erverh. 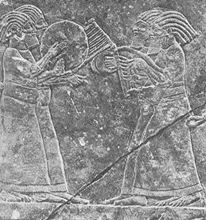 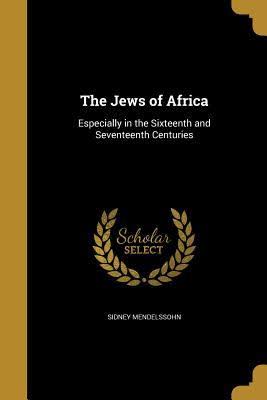 also we have this: 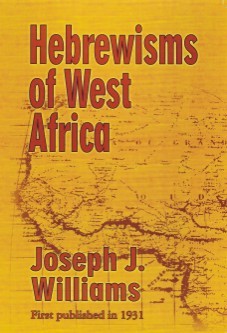 As I research and shift through information to uncover the culture of the people pulled from West Africa I must also understand Africa from a non colonial perspective and see these people from an Afro Asiatic lens. In shifting my paradigm I am forced to think of these peoples not as Nigerians or Ugandans as those are divisions most times enforced from outside powers, but I comprehend them as people who existed and flourished, fought, and migrated with cultures that should be appreciated and articulated with thoughtful care and respect. I must see them as a collective people and remove European perspectives of individuality from world view.

I have gathered and studied a plethora of historical sources that indicate the nation and culture of the people groups taken as commodities in the Trans Atlantic Slave Trade consist of Hebraic practicing tribes/nations. There is not one type of people taken as slaves and the growing disparaging view of Darker people by protestant nations specifically Portugal and Britain in the 16 and 1700s distorts or omits any characteristics or significant connections and contributions of the Black/Negro/Moor/Hebrew people they were now enslaving. 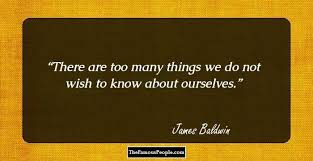 We know Britain has kept and held ancient artifacts belonging to the Benin people (as an example) that are just now being returned, and we know there is still a considerable amount of ancient artifacts that belong to civilizations conquered by imperial forces. These indigenous cultures are now being researched and reclaimed. 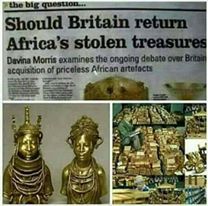 In my efforts to operate with continuity with the pre invasion pre colonial history of my people – the West African people  – I must understand who we were before enslavement.

To remove false identities and inferior mindsets from our people actually encourages a kingdom mindset in which the rulership of the Most High can thrive.

Removing ignorant mentalities and oppressive social constructs established by colonialism is most definitely not in opposition to the good news. 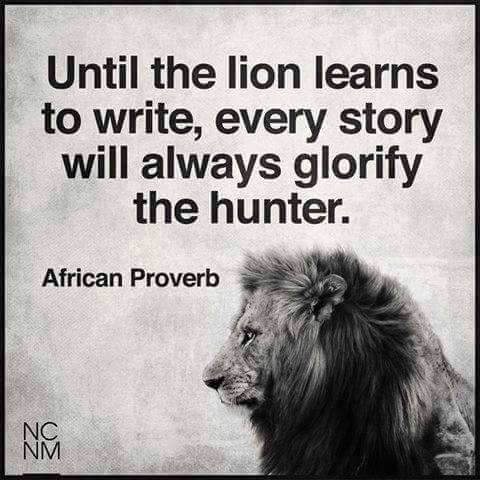 In fact any identity established with the intention of subjugation or to facilitate inferior mentalities is an adversary to our calling.

But you are a chosen race, a royal priesthood, a holy nation, a people for his own possession, that you may proclaim the excellencies of him who called you out of darkness into his marvelous light – 1 Peter 2:9

“It is of the utmost importance that Israel as well as Judaism and Christendom recognize the Igbo as a portion of the Lost Tribe of Gad, as well as any other African people who can undisputedly be linked to Judah or any other Tribe of Israel, because Messiah is returning for His Bride and will not come for half of a Bride or an unready (Matt. 25:11-13a) or incomplete Bride, but a whole, complete, unspotted and untainted Bride. So it is important that these Lost Tribes are found and brought back into the Fold.

The Lost Ten Tribes and the Return of Messiah

I believe the return of Messiah Yeshua is inextricably linked to the identification, location and return of the lost ten tribes of Israel. Christendom seems to focus on the world and its governments and nations going to hell in a hand basket, morally and economically as “THE” signs of Messiah’s eminent return, as well as the abundance and frequencies of natural disasters and warfare; often quoting Matthew 24. This morbid obsession with Armageddon causes them to fail to see who is at the center and focus of His return and that is Israel and all who connect themselves to her through following her God and the Word of her God. Yes, these things mentioned above are prerequisites that must happen for Messiah to return, but so is the identification, location and return of the lost ten tribes of Israel. After all who is Messiah returning for?  ISRAEL, physical descendants of Abraham and his 12 sons as well as all who have joined themselves to them by following their God and His Words.” – 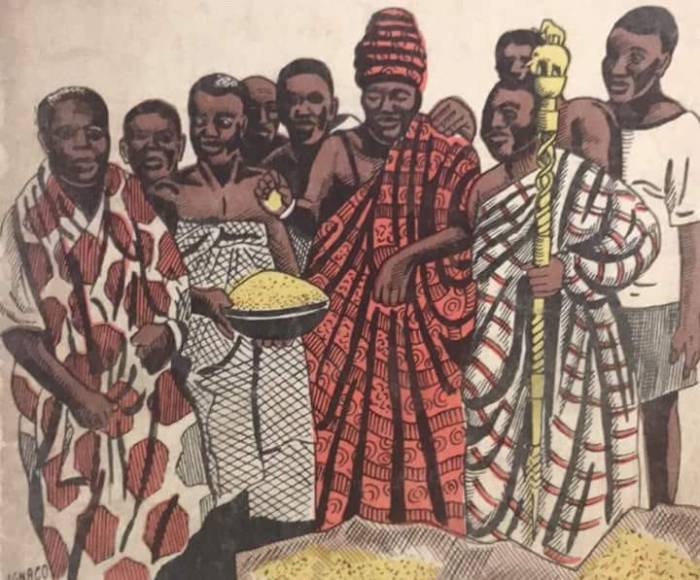 The fear of a few who propagate that fear to the ignorant masses wich produces hate, and when knowledge and accurate information with wisdom and revelation is given the wicked principality of racism suppresses that truth with ignorance like: ” it doesn’t matter” or ” that’s carnal” or ” how does that give salvation”.

The principality of racism requires ignorance to thrive.

We have outgrown the social constructs created by white supremacy and choose to operate as a people with continuity to our indigenous culture producing autonomy.

Why was our history erased or made obscure?

Colonisers, conquerors, and enslavers erase the history of the people they colonised, conquered, and enslaved to present the perception of them colonising a group of nobodies or savages with such a primitive and unintelligent history that we believe the indigenous culture of the slave was unimportant.

Knowing and operating in our indigenous culture is restoring self-determination and facilitating unification and growth, however this knowledge is in opposition to American values in regards to so-called Black people and presents issues within western Christianity.

My focus in restoring the Hebraic culture of my people is to return to the Torah being the constitution of our communities and the Messiah our KING. I believe by operating with knowledge of our indigenous culture we create a unification and collective mentality among our people to move forward as a whole, shalom. 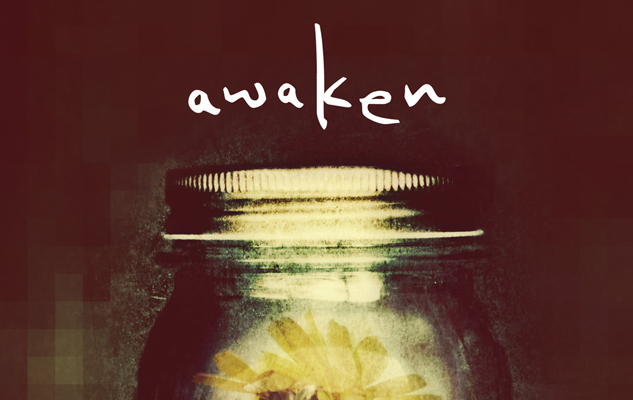